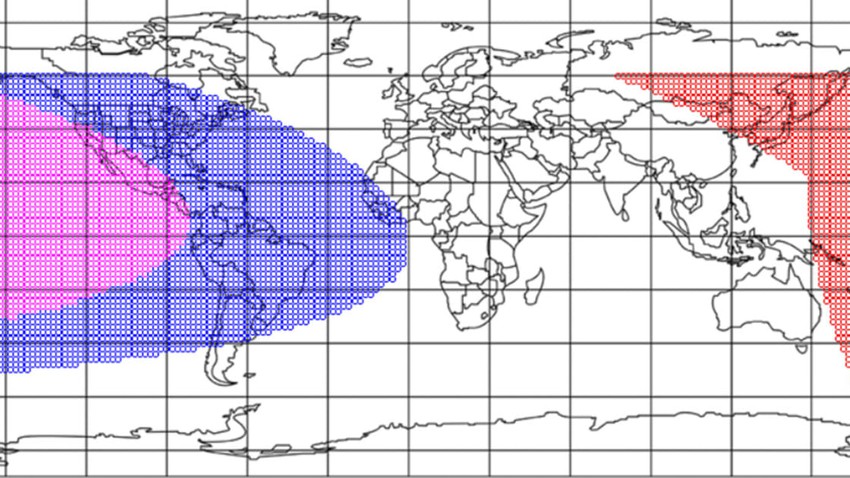 Weather of Arabia - The International Astronomy Center said that the start of the month of Ramadan in countries that adopt the sighting of the crescent, including Jordan, will be on Sunday.

In the details, the Center’s Director, Engineer Muhammad Shawkat Odeh, explained in a statement that most countries will investigate the crescent of the month of Ramadan on Friday, April 01, and on this day, seeing the crescent is not possible with the naked eye from anywhere in the Islamic world.

He explained that since the sighting of the crescent on Friday is not expected from anywhere in the Islamic world, as for countries that require local sighting or that require acceptance of sighting from another place that it does not violate the constants of science, it is expected that these countries will start the blessed month of Ramadan on Sunday, April 3rd.

Shawkat said that the countries that will start Ramadan on Sunday, people will notice the large size of the crescent after sunset on Saturday, which some may question the validity of the beginning of the month, and this is incorrect for several reasons, including:

First: One of the well-known rules is that if the month completes thirty days, then the crescent must be large after sunset on the thirtieth day, because the moon on the previous day is most likely within the limits of visibility. 24 hours, and its duration will increase by an additional 50 minutes after sunset. It is normal and even necessary for the crescent moon to stay long and appear large.

It should also be noted that many Islamic countries do not scrutinize the testimony of witnesses very much when they testify on the days when the moon sets after the sun, and this is the case on Friday, April 1st. Circumstances, their testimony is accepted and the month begins, even if the majority of specialists agree that sighting the crescent under such conditions is not possible.

To learn about the results of observing the crescent of the month of Ramadan, you can visit the website of the Islamic Crescent Observation Center of the International Astronomy Center on the Internet at (www.AstronomyCenter.net), where the project was established in 1998 AD and currently includes more than 1500 members of scientists and those interested in observing the new moons and calculating calendars . The project encourages those interested in various countries of the world to investigate the crescent and send the results of their monitoring to the project through its website, where they are published successively after being scrutinized and scrutinized. 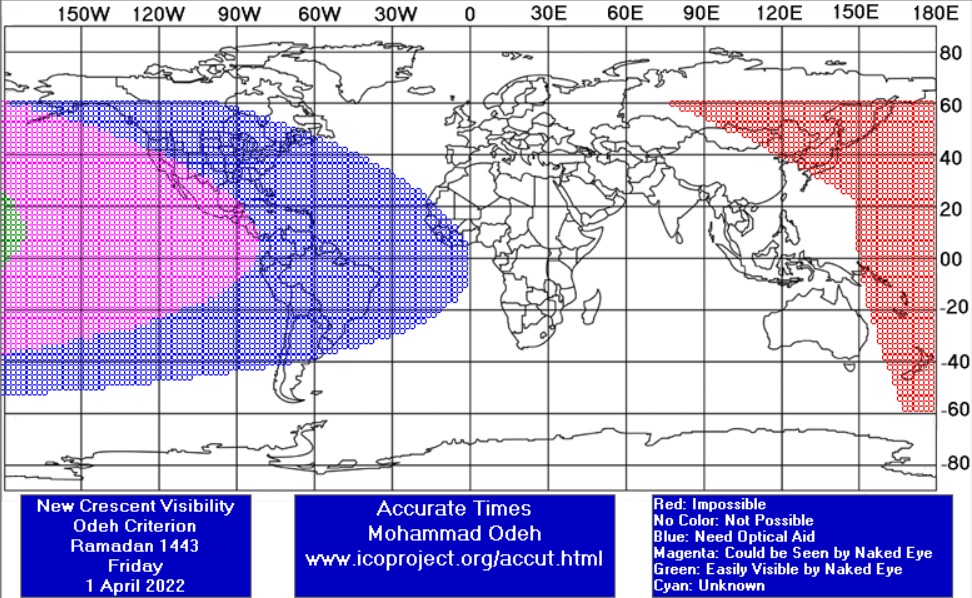 ** The attached map shows the possibility of seeing the crescent of the month of Ramadan on Friday, April 01 from all regions of the world, so that: