The Ministry of Environment: The amount of dust in Hasa has crossed the red lines, and we advise not to leave homes and wear masks 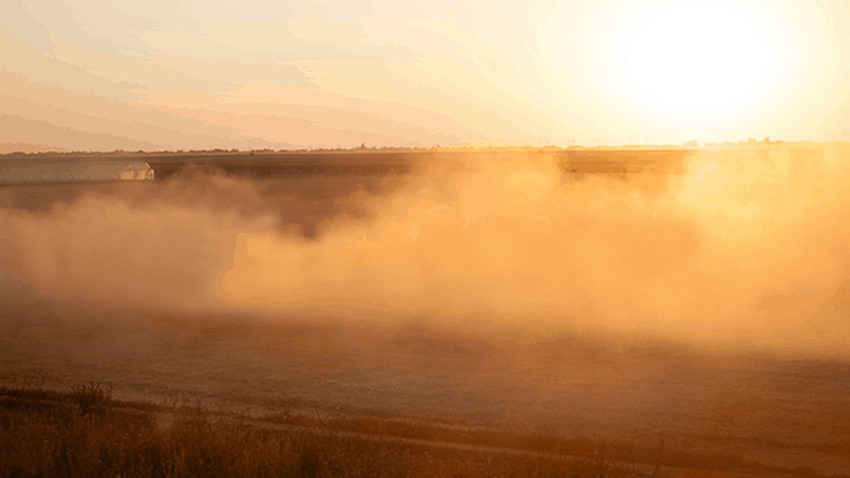 Arab Weather - The Secretary-General of the Ministry of Environment, Muhammad al-Khashashnah, said that the 26 monitoring stations recorded high readings of dust quantities in some areas, especially the Zumila station in southern Amman, in addition to the Tafila station in the Hasa area.

He continued in an interview with Al-Mamlaka channel, on Tuesday, that the rest of the regions have moderate readings, with quantities ranging from 50-100 micrograms per cubic meter of air.

He pointed out that one station in which dust quantities exceeded the red lines, is Al-Hasa station in Tafileh, which recorded readings of more than 500 micrograms of dust per cubic meter of air, while the fellow monitoring station recorded 120 micrograms.

He pointed out that the specification divided the proportion of dust into 6 sections, where the first ranges from 0-50 when the condition is good or the air quality is good, and the second when it rises from 51-100 and is moderate and is called yellow, and when it increases to 101-150 the condition is unhealthy And when it increases to 200 we reach unhealthy air, and with more, the situation becomes dangerous.

"We advise citizens to stay at home and wear masks," Al-Khashashina continued.

Al-Khashasneh concluded, "The effect of the wind wave deepens on the Kingdom in the evening hours and will continue until noon tomorrow, Wednesday."