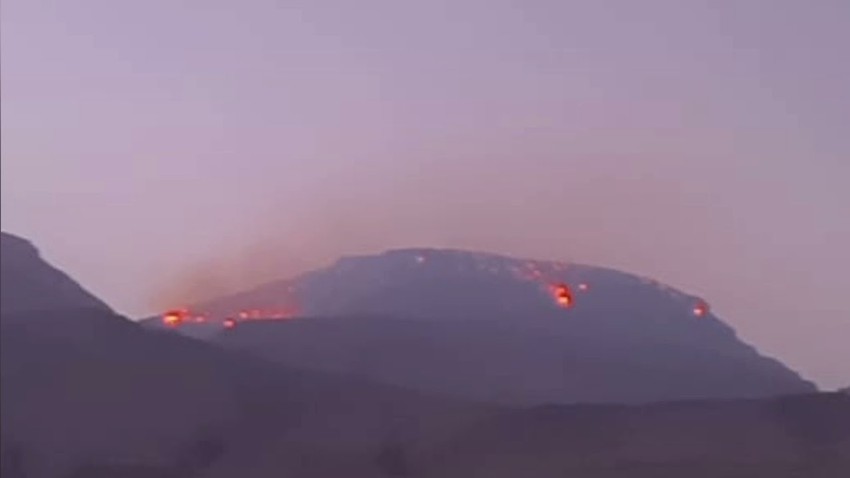 Weather of Arabia - The fire that broke out in Jabal Shams in the Wilayat of Al Hamra in the Sultanate of Oman on Tuesday (June 15) is still burning, and the vertical flight is trying hard to extinguish the fire that the winds have taken to the local grasses and trees that are endangered, such as: Al-Alan, Al-Bout and Al-Atm.

Ahmed bin Salem Al-Naabi, a legal researcher at the Environment Department in the Governorate of Al-Dakhiliyah, said that the ongoing fire in the Ras Al-Harq area in the Wilayat of Al-Hamra in the governorate is still going on, with a significant impact on natural vocabulary such as Alaalan trees and wild darkness.

The Civil Defense and Ambulance Authority and the Environment Agency are now making continuous efforts to contain the fire. Al-Naabi added - in a statement to the Oman News Agency - this evening that the difficulty of the terrain in the area hinders efforts to contain the fire, and that the concerned authorities are making a double effort in order to reduce the size of the damage.