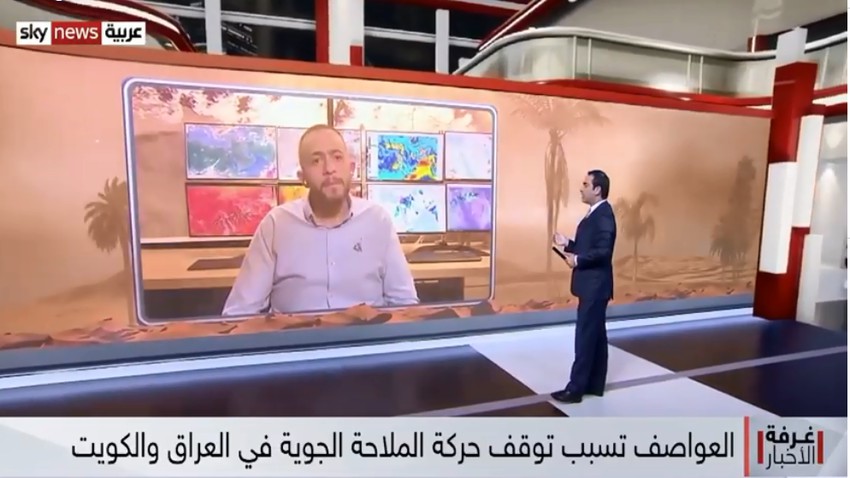 Weather of Arabia - Dust storms that lasted for several days recently and included 7 Arab countries, disrupted flights, closed schools and entered thousands of people to hospitals in different parts of the Middle East, in a phenomenon that is likely to worsen in the coming years, so what are the reasons behind the occurrence of these storms dirt? What are the solutions to reduce its damage?

In a reading of the causes of dust storms that have become more frequent, the weather forecaster and director of the Arab Weather Center, Muhammad Al-Shaker, stated in his television intervention on the Arabic “Sky News” screen, that the Middle East region suffered this year from a great shortage of rain, especially in the Badia and desert regions. , which usually witnesses better rains, and this rain works on a greater cohesion of the soil, which reduces the ability of the winds to carry sand and thus reduces the intensity of dust storms at the start of their season.

Al-Shaker continued: This year, most regions of the Middle East witnessed a significant decrease in the amount of rain, and high levels of drought were recorded, which naturally led to a large disintegration of the soil, so most of these areas became sources of dust. Huge dust storms, which are usually regional, such as the recent dust storm that formed in eastern Syria, and intensified in Iraq, then moved to most of the Gulf countries.

See more: What are the causes of sandstorms?

You may also be interested: Was it possible to avoid the dusty wave that disrupted life in Kuwait?

As for the solutions that contribute to reducing these phenomena, the most important of which are afforestation and increasing vegetation cover, such as afforestation initiatives in the Kingdom of Saudi Arabia, which have a great impact in reducing these dust storms, as well as the use of modern agricultural systems that use less water for areas More agricultural crops, and Al-Shaker indicated that this effort should be regional and not limited to a country.

At the conclusion of the interview, Muhammad Al-Shaker made some recommendations to citizens in the event of dust storms, the necessity of wearing a protective mask from dust, avoiding driving on external and desert roads, reducing speeds, protecting the elderly, asthma patients, respiratory system and eyes, and not going out or working outside during these weather conditions.

For more: "Al-Misnad" reveals the most dangerous types of dust for the respiratory system