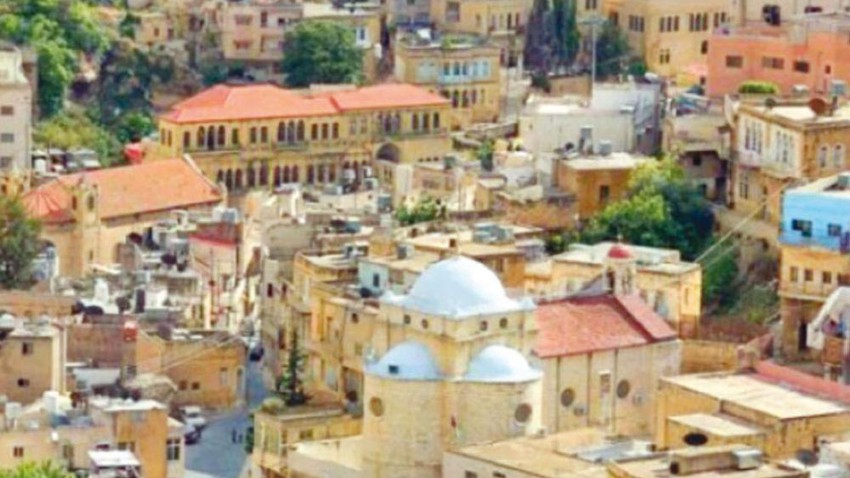 Weather of Arabia - The World Heritage Committee of the United Nations Educational, Scientific and Cultural Organization (UNESCO), during its 44th session held in China "by default", decided to approve the inclusion of the city of Salt (the city of tolerance and civilized hospitality) to the World Heritage List.

Prime Minister Bishr Al-Khasawneh said, "We are all proud of the inclusion of Al-Salt on the UNESCO World Heritage List."

Al-Khasawneh wrote on his Twitter page, "The oldest city, which is famous for its distinguished architectural style, and which represents a wonderful socio-cultural model that embodies the coexistence between Jordanians, Muslims and Christians, hundreds of years ago, and they share the established traditions in one urban area."

The Minister of Tourism and Antiquities, Nayef Al-Fayez, said during his participation in the committee’s meetings virtually, on Tuesday, that the city of Salt is among Jordan’s top priorities, given its importance in demonstrating the characteristics of tolerance, coexistence and social care among its residents.

Al-Fayez added, "Social solidarity between families in the city of Salt and its visitors, and the absence of separate neighborhoods on the basis of religion is one of the clear advantages of the city," stressing that the inclusion of Salt on the World Heritage List will support the culture of heritage, tolerance and interfaith harmony.

He pointed out that Jordan and the World Heritage Committee (UNESCO) today are sending an important message to the whole world, a message of peace, tolerance and coexistence, a message in line with the speech of His Majesty King Abdullah II delivered at the International Conference of Cohesive Societies in 2019 in Singapore, in which His Majesty stressed. The attack on interfaith harmony and peaceful coexistence is the most important threat in the world, which requires everyone to join forces to resist hatred and exclusion.

He continued, "The outstanding architecture of the city of Salt demonstrates the cultural exchanges that resulted in a unique blend of high-level architectural styles," noting that the nomination file was first submitted to Salt in 1995, then later in 2017 and finally in 2021, which indicates a commitment Jordan to protect and sustain the outstanding global value and attributes of authority.

Acting Director of the Department of Antiquities, Hisham Al-Abadi, said that the inclusion of the city of Salt on the World Heritage List is the result of great cooperation and unremitting efforts and teamwork between the ministry and other stakeholders.

Lina Abu Salim, director of the management unit of the old city center of Salt and a member of the work team preparing the file for the nomination of Al-Salt on the World Heritage List, said that the file of the nomination of Al-Salt for inclusion on the World Heritage List was prepared through a local working team and under the supervision of the Royal Committee for the Development of downtown Salt, where many worked Experts on the processing of this file.

She added that the artistic vision of the file was based on the distinguished architectural heritage of the city of Salt, and the commercial prosperity in the past, in addition to presenting the city as a model of coexistence and brotherhood in its society, which has distinguished itself throughout the ages and until now, and its presentation to the world as an exceptional global value in how to respect and accept the other.

The meeting of the World Heritage Committee (UNESCO) to approve the inclusion of the city of Salt on the World Heritage List "by default" was attended by: Imad Hijazin, Secretary-General of the Ministry of Tourism and Antiquities, Abdul Razzaq Arabiyat, former Minister of Municipalities, and former Minister of Interior Ghaleb Al-Zoubi, Director of the United Nations Educational, Scientific and Cultural Organization (UNESCO) Min Jong Kim, Chairman of the Petra Development and Tourism Authority Board of Commissioners Suleiman Al-Farajat, Director General of the Baptism Authority Rustam McJean and representatives of the Ministries of Foreign Affairs and Education.

It is noteworthy that the six sites inscribed on the World Heritage List in Jordan are: Petra, Qusayr Amra, Umm Al-Rasas, Wadi Rum, Al-Maghtas, in addition to the newly listed city of Salt.