Unprecedented heat waves hit the frozen poles in the same period, despite the different seasons 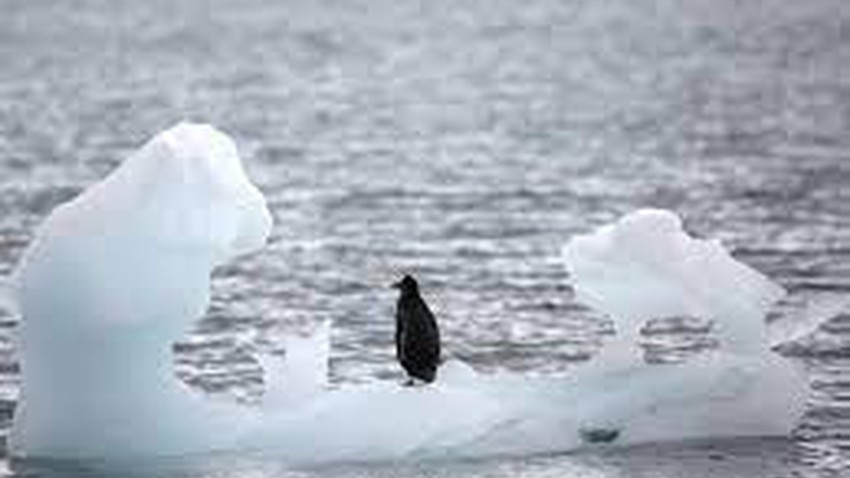 Weather of Arabia - Both polar regions on Earth recently experienced unprecedented heat waves that caused temperatures to rise for a short period to unprecedented numbers in some areas, and while experts say that these extreme temperatures cannot be attributed solely to climate change, the phenomenon is not Regularity aroused the concern of scientists, and the following shows the reasons for it.

In Antarctica , the temperature on Friday (March 18) was about 4.8°C above average, with the highest temperature recorded at (7)°C at the coastal station of Zucchilli on Terra Nova Bay.

Elsewhere, at Russia's Vostok station - which in 1983 had the lowest recorded temperature in the world at minus 89.2°C - it was −17.7°C, exceeding the highest temperature ever recorded at Vostok by 15°C. 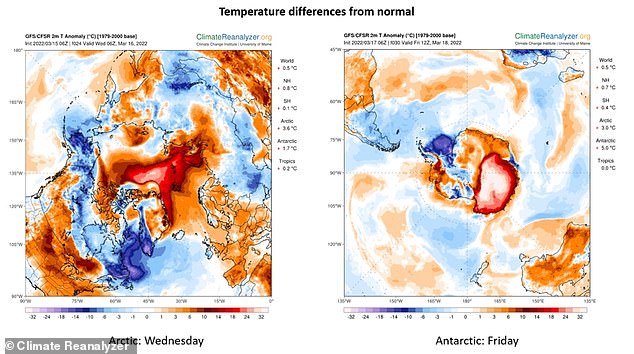 In the Arctic , the average temperature on the same day (3.3°C) was higher than normal, and in certain areas near the North Pole temperatures rose by 30°C above normal.

It is not uncommon to see high temperatures in the two polar regions at the same time due to the different seasons between them; As spring arrives in the Northern Hemisphere, the Arctic ice begins to melt while Antarctica begins to freeze after months of summer.

Scientists were particularly surprised by the heat wave in Antarctica because temperatures there have remained generally more stable than in the Arctic, which is warming three times faster than the rest of the planet, according to a report published in 2021 by the Arctic Monitoring and Evaluation Program. . 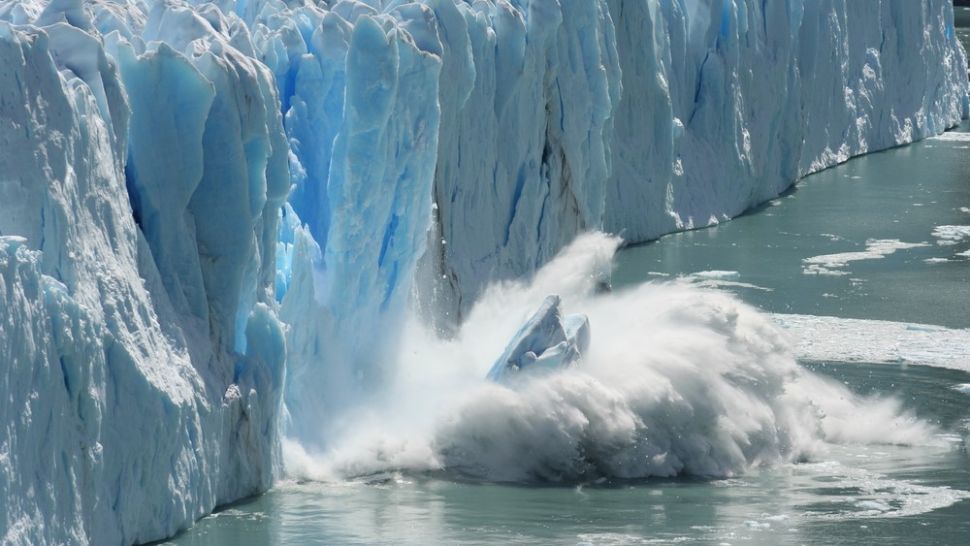 Read also: 12 points reveal the differences and similarities between the North Pole and the South Pole of the Earth

The cause of the heat wave

The heat wave in Antarctica is likely caused by an atmospheric river, a narrow passage of water vapor moving through the atmosphere. It is likely that moisture moved over Antarctica and was then trapped by a "heat dome" or nearby high pressure system. That locks moisture in place for about a week and heats up the air, according to The Washington Post.

"This humidity is the reason the temperatures are getting so high," Jonathan Wylie, a polar meteorologist at the University of Grenobles Alpes in France, told the Washington Post. "This is not something we've seen before." He added that it is possible that certain areas of Antarctica that do not normally melt may have thawed for the first time due to the heat wave.

We cannot attribute individual weather extremes directly to climate change. However, experts predict that such events will become more frequent and extreme in the future if current greenhouse gas emissions are not significantly reduced.

Read also: Which is colder, the North Pole or the South Pole, and why?