What is the story of the ozone hole... and how did the world move to fix it?! 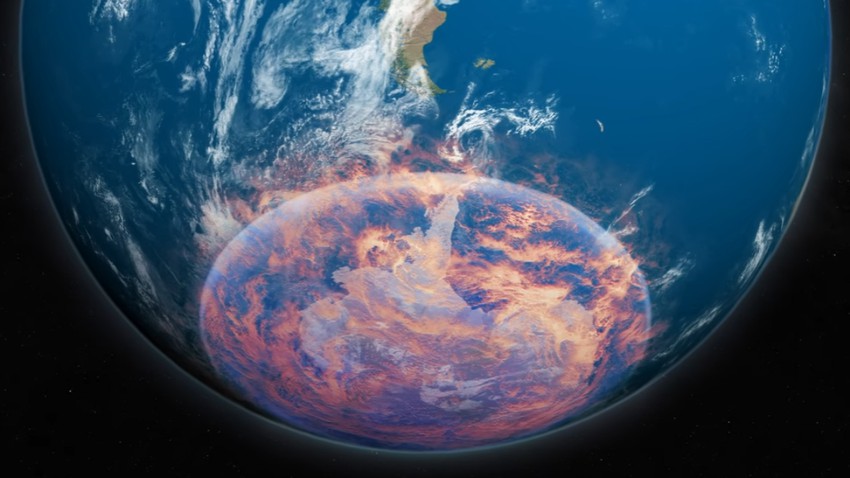 Weather of Arabia - Nearly 40 years ago, scientists discovered that human activities were depleting the ozone layer and that a hole had formed over Antarctica. This discovery brought the world together to face one of the greatest environmental challenges in human history.

Decades later, the ozone hole has come a long way since its alarming emergence in the 1980s, and efforts are still underway among policy makers and scientists to ensure the protection of the ozone layer in the atmosphere. The hole was likely to get even worse.

Let's start first by identifying the ozone that makes up the ozone layer. Ozone is a highly reactive gas consisting of three oxygen atoms, and it is toxic to humans and can damage the lungs when inhaled, so it is harmful when it is located near the surface of the earth, as some polluted ozone resides near the surface of the earth, but most of the ozone is concentrated in the atmosphere in a layer stratosphere.

What is the ozone layer?

At an altitude of approximately 50 km above the Earth’s surface lies the stratosphere from the atmosphere. Ozone molecules are concentrated in a region within the stratosphere known as the ozone layer. It works to protect life on Earth from these harmful rays.

The story of the ozone hole

In the 1960s and 1970s, researchers began discovering that some man-made chemicals break down ozone molecules by stripping one of the oxygen atoms from the ozone molecule. Over time, these reactions can make the ozone layer less stable.

In 1985, this threat became known to the public. Scientist Joseph C. Farman and his colleagues discovered that atmospheric ozone over Antarctica had decreased in concentration by 40%, as manufactured chemicals reached the stratosphere and depleted part of the ozone layer, which led to the emergence of a very thin part of the layer called the "ozone hole". This happened over Antarctica due to the unique chemical and atmospheric conditions in the region.

What is the cause of the ozone hole?

Scientists have identified emissions of some gases that contain ozone-depleting substances as the main source of the ozone hole problem. Chlorofluorocarbons (CFCs) , are one of the most harmful gases to the ozone layer. CFCs contain chlorine - a wonderful compound for killing bacteria in swimming pools. But it is harmful to the ozone layer in its gaseous form.

CFCs have been widely used in previous decades, and reached their peak in the late 1980s, when they were used in many refrigerators, air conditioners and foam-blowing equipment, causing dangerous amounts of chlorine gas to be released into the atmosphere, and once chlorine reached the ozone layer, the UV radiation The ultraviolet emitted by the sun turns it into a reactive substance, which in turn destroys the ozone molecules. Other compounds, such as bromine , have also played a role in depleting the ozone layer.

Although levels of these substances in the atmosphere have decreased significantly over the years, the ozone hole may need some time to recover in the coming decades.

Why is the ozone hole a problem?

The thinning of the ozone layer is a danger to human health, because more ultraviolet rays from the sun can pass through the layer and reach the Earth's surface. Ultraviolet rays (UVB) are particularly worrisome, as they can cause skin cancer and cataracts. UV rays can harm marine life and plants, and reduce the productivity of rice, wheat and soybean crops.

The effects of CFCs may extend beyond the ozone layer. CFCs are potent greenhouse gases and could have a broader impact on climate change outcomes. CFCs are present in relative concentrations in the atmosphere when compared to carbon dioxide, so they are considered a minor factor in global warming.

Recent research has shown that these same gases have accelerated Arctic warming, contributing to sea level rise and surface warming in the Arctic.

How did the world move to repair the ozone hole?

Over time, the protocol has been updated to include more substances that can cause damage to the ozone layer and the climate. For example, in 2016, HFCs were added to the list of controlled substances, because these gases have been identified as potent greenhouse gases. The treaty has become one of the most successful protocols for addressing human-caused environmental challenges.

Is the ozone hole constant?

Yes and no. As a result of the Montreal Protocol, the concentrations of ozone-depleting gases in the atmosphere have significantly decreased.

On World Tourism Day, we invite you to choose from a variety of overnight trips in the most beautiful areas of Jordan