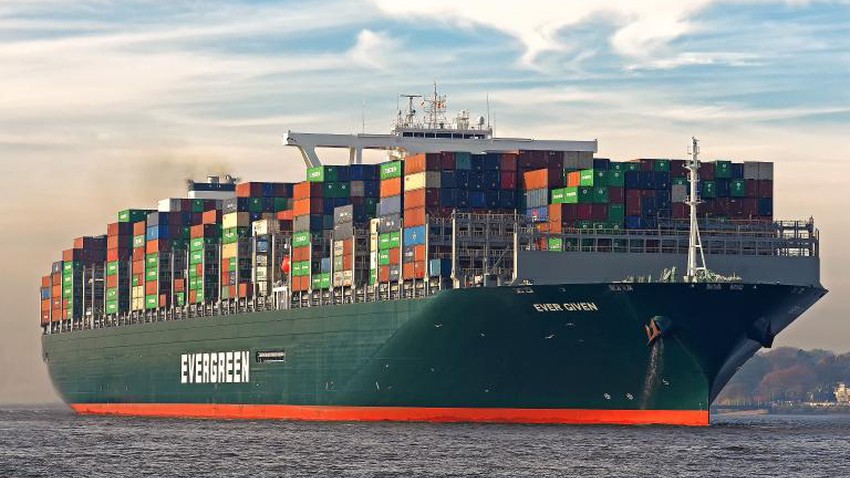 Weather of Arabia - 6 months ago, we were following with great anticipation the news of the huge container ship Ever Given, which got stuck in the Suez Canal on Tuesday (March 23, 2021) after it deviated from its course, and closed one of the most important waterways in the world, which It caused a massive traffic jam and a congestion of ships at the entrance to the canal, and disrupted maritime navigation and international trade through the canal for 6 days.

On International Maritime Day (September 30), we remember this photo-shooting ship blocking a vital waterway, the media and social media pages around the world. 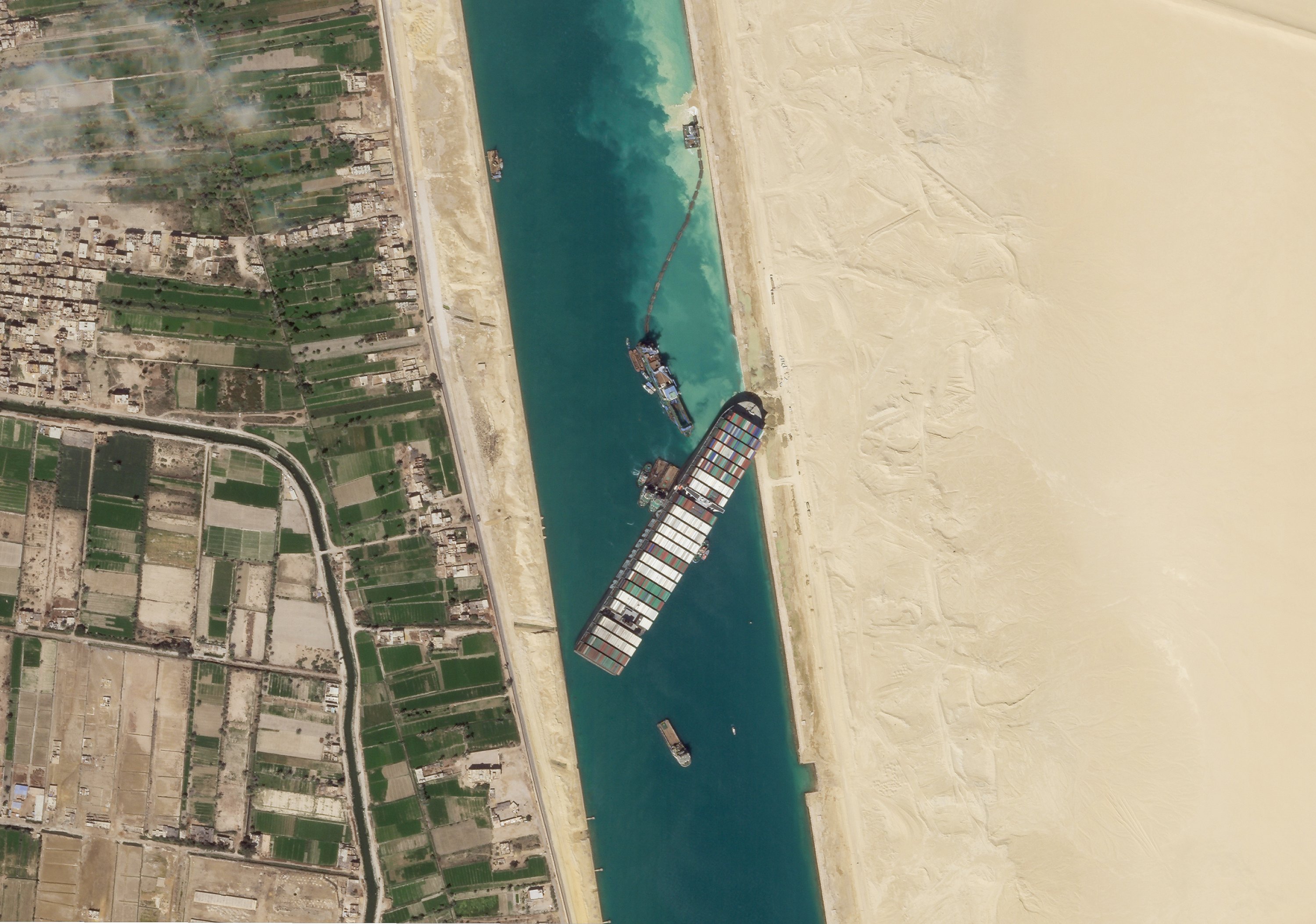 The cause of the ship "Ever Given"

The container ship veered by mistake after being hit by a strong gust of wind, as the area was under the influence of a sandstorm and strong winds that day, coinciding with the crossing of the Khamasini depression over the country, which also led to a decrease in the range of horizontal visibility.

What happened is that with the intensification of the western and northwestern winds perpendicular to the direction of the navigation movement in the Suez Canal, this led to the deviation of the ship "Ever Geffen " from its course, with a decrease in the power of the engines.

To learn more about the importance of weather and its impact on maritime traffic, read: What do ships need to sail safely in difficult weather?

The ship belonging to the Taiwanese company EverGreen was carrying hundreds of containers on its journey from China towards Rotterdam, the Netherlands, passing from the Red Sea to the Mediterranean through the Suez Canal, but it ran aground across the canal and settled there at an angle that closed the waterway, and attempts remained to liberate the waterway. The stuck ship continued for several days, until finally efforts succeeded after 6 days in liberating the ship and moving it from its position and opening the waterway in front of the ships that had piled up in the canal.

Read also: The moon is one of the heroes who contributed to the liberation of the ship stuck in the Suez Canal

After the stranded ship was floated and the waterway was opened to the movement of ships, the Egyptian authorities detained the giant ship "Ever Given" for about 3 months, while trying to reach an agreement between the Suez Canal Authority and the ship's owners, on compensation for the losses of the navigation halt and the cost of the ship's flotation.

After a friendly settlement agreement was signed between the Canal Authority and the owner company, the Egyptian authorities released the ship and set out on its journey that took more than two weeks from Egypt to reach its final destination at the port of Felixstowe in Britain , passing through the Dutch port of Rotterdam.

Read also: Other closures that occurred in the Suez Canal